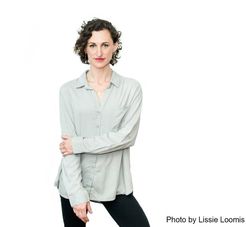 Amber Star Merkens: Amber Star Merkens received her BFA from the Juilliard School and went on to dance with the Jose Limón Dance Company. She received the Princess Grace Award before joining the Mark Morris Dance Group in 2001. For over a decade, Amber enjoyed rehearsing, performing,  and touring the world with MMDG. She was honored to take on many featured roles, including Mr. Morris’s own roles in Dido and Aeneas, Ten Suggestions, and Rondo. Amber still appears as a guest artist with MMDG, she is a current member of Dance Heginbotham, and is on faculty at the Greene Hill School and the Mark Morris Dance Center. Amber is a local mom of two. 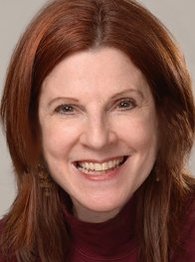 Lisa Biagini: Daughter of dance master, director and choreographer Tony Bevinetto, Lisa Biagini grew up immersed in classic jazz dance and old Hollywood style. Luigi, the Jazz master, was a close family friend and colleague of her father's, and she studied with him from the time she was a little girl until his death in 2015. As a teenager, she also had the opportunity to watch another great interpreter of music as work--Bob Fosse--soaking up the nuances of his style when shadowing her best friend's mother, Chita Rivera. It's not surprising that her career as a dancer, teacher, and choreographer has spanned theaters and studios across the US since it began in 1972 alongside Chita herself in "Bye Bye Birdie" (Pittsburgh CLO).  During a long association with Atlanta's Theater of The Stars, she appeared with Gene Kelly in "Take Me Along," Leonard Nimoy in "Fiddler On The Roof," Tommy Tune in "Seesaw," and toured the country in "Sugar" with Donald O'Connor and Robert Morse, and "Damn Yankees" with Dick Van Dyke. Regional credits include, "Hello, Dolly!" as Minnie Fay, "The Music Man" as Zaneeta Shinn, and "Fiddler on the Roof" as Chava, as well as "My Fair Lady," "Can-Can," "Applause," "Funny Girl," "How To Succeed...," and "Mame." Recent credits: a production of "Marathon '33" at Webster Hall in NYC and a performance at the Alvin Ailey Studios for the NY Jazz Choreography Project. 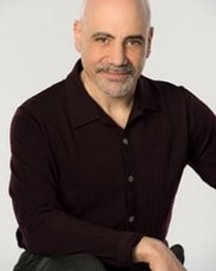 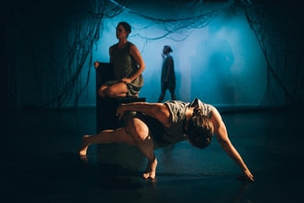 In addition to developing her own work, Becky has performed professionally with the Kevin Wynn Collection, Heidi Latsky Dance, Ezra Caldwell, Incidents Physical Theater, MariaColacoDance, and Leanne Schmidt and Company. She holds a BA in Dance Performance and Choreography from Goucher College in Baltimore, MD