Assistant to the Artistic Director, Dancer, & Faculty Member
Lydia Soueidan (she/they) Originally from Williamsburg, Virginia, Lydia moved to New York City at the young age of 15 to pursue a passion for the arts. Her time in New York began at The Joffrey Ballet School Jazz & Contemporary program where she was trained by dance educators such as Michael Blake, Bradley Shelver, Adrienne Hurd, Rena Butler and Tyler Gilstrap. Since training at Joffrey, Lydia has been freelance performing, choreographing and creative directing for companies and independent artists such as HiddenXSoul, EBDance, Open Dance Ensemble and Robert Redick Dance Collective. Lydia has directed music videos for local Brooklyn artists such as MorphLand and Justine Grove. Lydia teaches dance with a focus in improvisation and modern dance technique. Lydia’s classes have an emphasis on freedom of the mind and nurturing the creative spirit. Recently, Lydia has been producing their own shows and working to create a network of the new generation of professionals; merging dance with live music and the visual arts with their collective BOUND. 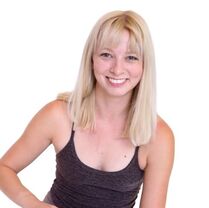 Studio Coordinator, Dancer, & Faculty Member
Kathleen Bostleman (she/her) began her dance training at the Toledo Ballet and the Toledo School for the Arts, and she later attended the Joffrey Ballet School in New York City on scholarship. She graduated summa cum laude with honors from the University of Cincinnati College-Conservatory of Music and holds a BFA in Ballet. While completing her degree, she studied ballet and modern dance at the Beijing Dance Academy and graduated from the Alonzo King LINES Ballet | Training Program under the direction of Karah Abiog. In addition, she spent summers studying at the Joffrey Ballet School, Colorado Ballet, and Cincinnati Ballet. She has performed and choreographed new work as a freelance artist in San Francisco and New York City and taught classes and workshops for Toledo Ballet, the Teens@LINES program at Alonzo King LINES Ballet, Bay Area Ballet Conservatory, and UCLA Ballet Company. She is an RYT-200 certified yoga instructor and a Licensed Massage Therapist. Embodimentessentials.com 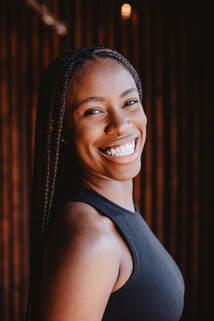 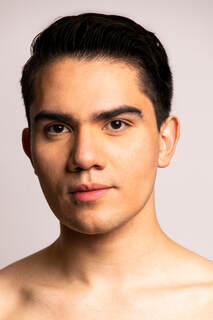 Studio Administrator & Faculty Member
Javier Rochel (he/him) was born in El Paso, Texas and raised in Ciudad Juárez, Chihuahua. He received a Bachelor's in Dance from Universidad Autonoma del Estado de Hidalgo, graduating with honors. Inspired by his sister, Rochel started to dance Mexican Folklorico when he was 11 with different local groups, and at the same time, he did Musical Theatre productions in Mexico City and his hometown, including a national tour leading “The Lion King”. He was an apprentice with Ballet Folklorico de Mexico de Amalia Hernández and a figurant with Mexico's Compañía Nacional de Danza in the Swan Lake 2018 season. He had done summer intensives with Joffrey Ballet School NY and Texas, Complexions Dance Academy, and ChoreoLab with Ballet Hispánico SoD. Rochel trained in classical, modern, contemporary and jazz dance with JBS TX under the direction of Thelma Flores and Kailli Bright from 2019-2021 (where he also worked as Resident Administrator of Housing and Program Coordinator for the Mexico Summer Intensive) and BH Pa'lante Scholars Professional Studies directed by Rodney Hamilton from 2021-2022. He also has taught in different public and private dance schools within the United States and Mexico. This year he started his first season with Calpulli Mexican Dance Company. Rochel is very proud to be a new faculty addition in Alden Moves Dance Theater. 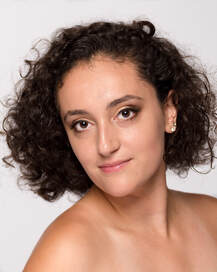 Studio Administrator, Dancer, & Faculty Member
Hannah Schayes (she/her), originally from Syracuse, New York, became serious about her dance training at the age of thirteen. She studied at summer intensive programs with dance companies across the country including Boston Ballet, American Ballet Theatre, Paul Taylor, and José Limón. Hannah earned her BFA in Dance and minored in Sociology at Mercyhurst University where she achieved various dance and academic scholarships. As an inductee of the National Honors Society of Dance Arts (NHSDA), she was involved in experiences on and off campus that allowed her to be engaged in the community. Additionally, she had the opportunity to study abroad in Dungarvan, Ireland, where she performed and furthered her studies. Currently, she resides in New York City where she is dancing and teaching. 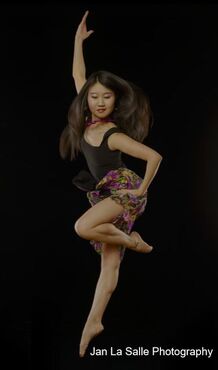 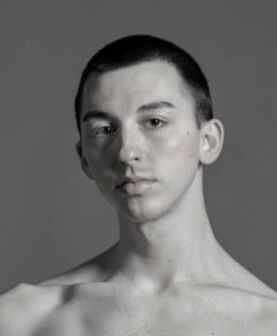 Guest Dancer
Joe Laluzerne (he/they) is a dance artist originally from Brooklyn Park, Minnesota where they began dancing at Summit Dance Shoppe, training competitively and studying ballet with Linda Muir Finney. Joe graduated from Texas Christian University in the Spring of 2021 where they obtained a BFA in Ballet and a BA in Political Science. After the completion of his undergraduate degrees Joe attended Milano Contemporary Ballet’s International Training Program in Milan, Italy. He joined the TU Dance Project in St. Paul, Minnesota for a work choreographed by Marcus Jarrell Willis entitled “Sensible Existence.” Joe has had the opportunity to dance at Orsolina 28 (Moncalvo, Italy) with choreographers Juliano Nunes and FLOCKWORKS, b12 workshops (Berlin, Germany) with Laja Field and Alessandro Marzotto, as well as attending Springboard Danse Montréal where he danced in works by Crystal Pite, “Body and Soul” and Carlos Kerr, “Quaver,” and at Jacob’s Pillow Contemporary Ballet Program (Beckett, MA) under the direction of Annabelle Lopez Ochoa. Most recently, Joe has moved to New York to continue his professional dance journey. 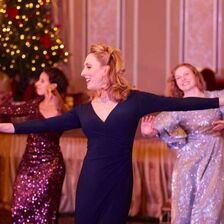